Ever wondered about the Numerology Chart and its meaning in today’s world? Well, numerology goes back to the ancient days when numbers were the system people used to find out where they fit in this world.

“Knowing Yourself Is the Beginning of All Wisdom” ~ Aristotle

Consequently, there is proof that numerology existed in Egypt and Babylon and dates back thousands of years in cultures like Japan, China, Rome and Greece.

Did you know that each person has their specific numerology numbers? These numbers in their chart affect their life path, the profession they seek, and even the relationships they have.

How Do I Figure Out My Numerology Numbers on the Chart?

It’s pretty straightforward to uncover and find the number to your name. The process of going through a Numerology Chart with your name and working out your numbers gives you your Destiny Number.

Furthermore, your Destiny Number is calculated with your full name at birth, for example, John Riley Summers and reducing each number to a single digit.

Before adding up the total

For example, the Destiny Number in the name below works out like this:

What is Destiny Number?

Your Destiny Number provides ideas about how you will manifest your goals. Moreover, some Numerologists describe The Destiny Number as The Expression Number; however, they are the same.

Moreover, it gives you a clear view of who you are and where you will go on this earth in your lifetime.

To make your numerology number chart, you have nine columns, one to nine. Three rows below, you place the alphabet from A to Z. This particular chart is called the Pythagorean Numerology Chart.

The Pythagorean chart, also known as the Pythagorean personality typing system, is a tool used to understand and analyze individual personalities. Developed by the Greek philosopher Pythagoras in the 6th century BCE, it looks at three main traits: rationality, emotionality, and sociability. Each trait is measured on a scale from 1-10, with 1 being low and 10 being high. By analyzing where someone falls on all three scales, they can be categorized into one of eight “personality types,” such as “Theoretical” or “Social.”

While the Pythagorean chart offers valuable insight into one’s own personality, it is important to remember that it is just one framework for understanding oneself and should not be treated as definitive or unchanging. Ultimately, each person is unique and complex, and any system of analysis should merely serve as a starting point for self-reflection and growth.

Consequently, the Chaldean Numerology number chart differs from the Pythagorean Numerology Chart. Instead of columns one to nine, there are only eight numbers. The Chaldeans considered the number 9 to be sacred.

The Chaldean chart is a numerology system used to determine a person’s character and destiny. Each letter in a person’s name is assigned a number, with the numbers 1-8 representing physical attributes and 9 representing spiritual attributes. These numbers are then used to calculate the individual’s life path number and various other personal numbers.

Believers in the Chaldean chart believe that these numbers can provide insight into personality traits, strengths and weaknesses, events that will occur throughout a person’s life, and potential career paths. While it is sometimes used as a tool for divination, the Chaldean chart can also simply be viewed as a way to gain deeper self-awareness and understanding. Ultimately, whether or not one chooses to believe in its powers of prediction, the Chaldean chart offers an intriguing look at how numerology can be applied to one’s personal journey through life.

Also, the distinction in the Chaldean system is they used sounds and tones to communicate between the letters and numbers.

Here is How to Figure Out Your Numbers for Your Life Path.

First, your numerology numbers have a significant impact on your life. Though, If you know how their energy affects your life, it will help you to move throughout life. With this knowledge of numbers, you will feel helped along your path in life.

Consequently, if you want to figure out your Life Path number in numerology, you need to record your date of birth.

Take your birthdate and decrease it to the lowest numerical value.

Here is an example,

Your first step to calculating would look like this:

Your Life Path number is 6.

Which Number Is The Luckiest In Numerology?

Although, every number has its own character of luck, and some cultures may consider specific numbers luckier than others.
It seems that the lucky lottery numbers picked are 26, 41, 16, 22 and 42, according to science.

Interestingly, the number 13 is considered unlucky in North America but is a holy number in Islam. It means, in the name of Allah.
Particularly, Number 4 is thought to be lucky in and around Europe as it signifies the four leaves of a clover.

In China, 3 and 5 are considered lucky and 666, but triple six means the devil’s representation in Christianity.

Nevertheless, if you want to know what your opportunities are for success. Or maybe what are your downfalls? A numerology chart is a powerful tool that can help you understand yourself and the people around you better. By taking into account the vibration of each number, you can begin to see how your life is influenced by the numbers around you. You may find that certain numbers bring good luck, while others seem to bring more challenges. However, by understanding these patterns, you can work with the energy of numbers to create a more harmonious and successful life.

I hope that this introduction to numerology has sparked your interest in exploring this ancient science further. If so, be sure to check out our other articles on numerology, where we go deeper into each number’s meaning and how it affects your life path. And don’t forget our Free Download Pythagorean and Chaldean Numerology Chart, which is based on numerology – to help guide you through the year ahead! 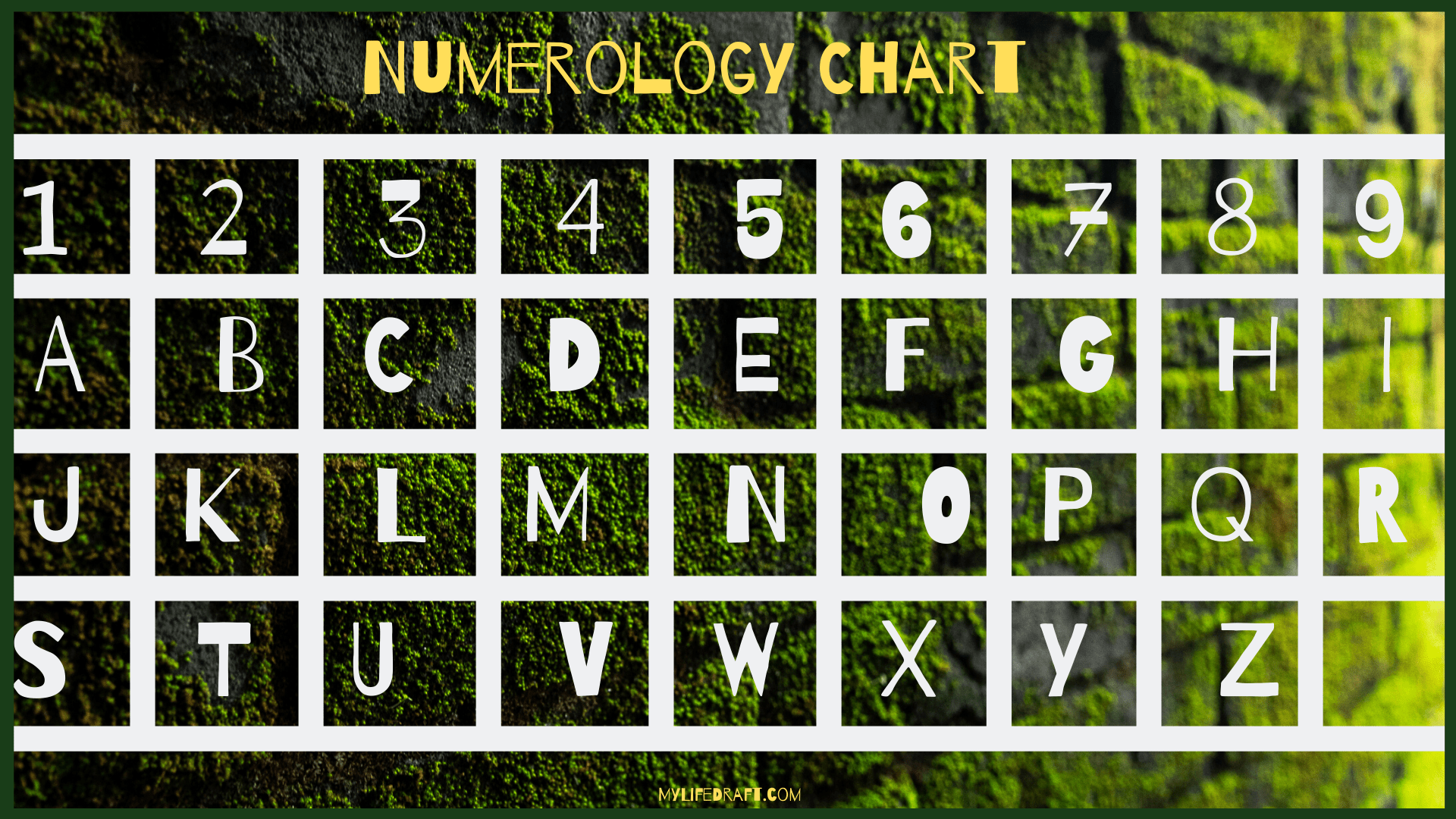