Why Are Some People Lucky?

Why are some people lucky and others are not? 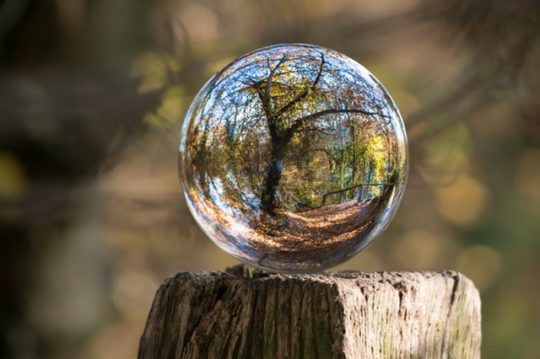 Do people use a crystal ball to find luck? Why is it that some people are lucky and others are not? The other day while watching the Oscars, and admiring the actors dressed up beautifully and looking fine, I thought how lucky they are to be there. These big movie stars, sitting in the Dolby Theater auditorium, nominated to get an award.

If it were me, I’d be feeling pretty lucky. I imagine it would be electrifying to hear the sound of your name and walk up and receive an award while the whole world is watching! You may feel incredibly lucky, right?! And then a thought came to me, “Why are some people lucky and others are not?”.

Maybe it’s not Luck after all?

Now, I imagine it takes a lot of work to succeed as an actor. Actors put in months of hard work to discover their character and role that they play and many times it took them years to get there.

Maybe the opportunity to get the part was lucky, but all the grit and hard work put into each character earned them the position they achieve. Their passion for acting, like gasoline to a car, helped them to get the hard work done and reward for achievement.  I find it inspirational to know that hard work went into all that they accomplished!

Passion for their art created their success story.

You could say that maybe the opportunity to get a part in a movie is lucky, but if the person does not have the passion for what they may be doing, then chances are they would not stay in that profession.

Really, what may look like luck on the outside is a person so passionate doing what they love, and making it their success story. No luck really involved, they continue to do it with an incredible amount of dedication to never give up.

Being at the Oscars originates from, each having a passion for what they are doing and following that direction in life. They strive to play characters in movies and this, in essence, puts them in the right place at the right time.

So, it would appear that they are lucky, but really they just pushed hard to make their dreams come true. Hence, to be at the Dolby Theater or winning an Oscar award would not seem lucky at all but more a dream pursued and accomplished and came true.

Participating with only a minimal amount of effort

Picture what the scenario would look like if the actor, who got the role, participated with only a minimal amount of effort? Then what? Would their Luck on getting the part, carry them to winning an award? Probably not, without the required amount of effort in action, nothing great would ever come about.

He would be sitting at home watching television, dreaming of becoming one of those actors receiving the reward. I bet he might even be feeling a bit envious.

You gravitate towards the things you love to do, you present yourself to luckier situations. After my research on the subject on, luck, I have come to the conclusion that this so-called luck happens when you work with the passion in your heart. The passion behind what you want sets you up for good luck.

Everybody has something that they are good at. Why not share it with the world it could change your life!